The NMPRA Board of Directors consists of many 2nd-4th year med peds residents, med-peds leaders, and exceptional staff who volunteer their time outside of their clinical duties to maintain the NMPRA and ensure a strong Med-Peds community. 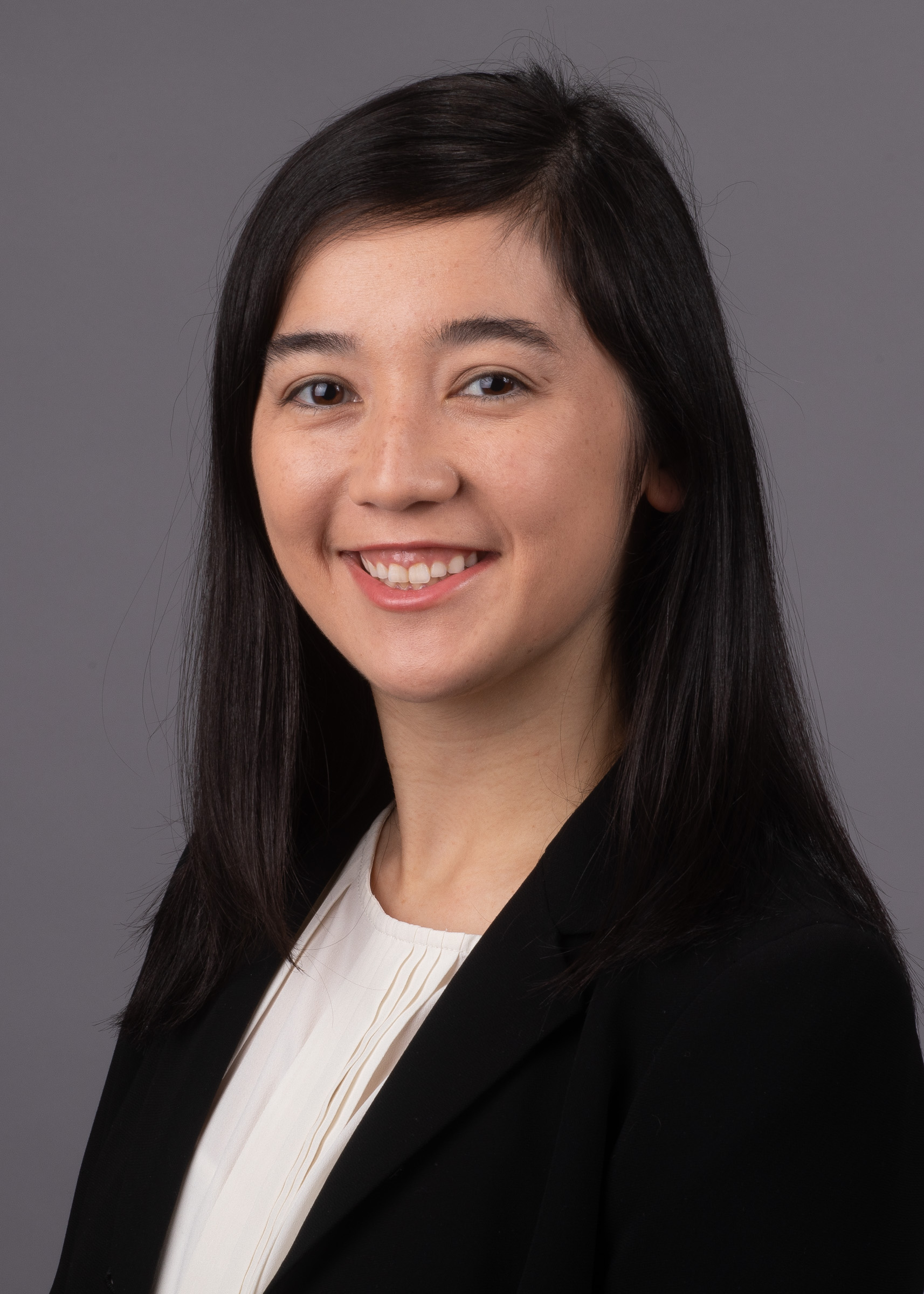 Maria grew up just outside of Birmingham, Alabama. She attended Auburn University (War Eagle!) and spent many Saturdays in Jordan Hare Stadium cheering on the Tigers. As a medical student at the University of South Alabama College of Medicine, she developed a passion for medical education serving as a representative to the AAMC, on the curriculum committee, and during an LCME site visit. She incorporated implicit association tests into the clinical skills curriculum at South Alabama. Maria looks forward to the work NMPRA will accomplish with the new DEI sub-committee.
[email protected] 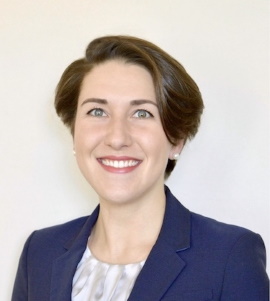 Sophia grew up in Falls Church, VA, right outside the nation’s capital, before heading to the University of Virginia, where she developed a love of all things Virginia basketball (GO HOOS!). She then moved on to medical school at Eastern Virginia Medical School in Norfolk, VA where she discovered that she enjoyed many different specialties in medicine and couldn't quite decide exactly which path to pursue. After guidance from some awesome mentors, she finally realized that the Med-Peds people were “her people,” and she left her home state for the first time to continue residency training at the Medical University of South Carolina in Charleston, SC. She looks forward to working with underserved populations and incorporating global health opportunities in her future pursuits. She is thrilled to be working alongside her colleagues as the NMPRA Public Relations Secretary this year and is particularly passionate about spreading the word regarding the Med-Peds specialty across the country, especially among medical students whose home institutions do not have an affiliated residency program. 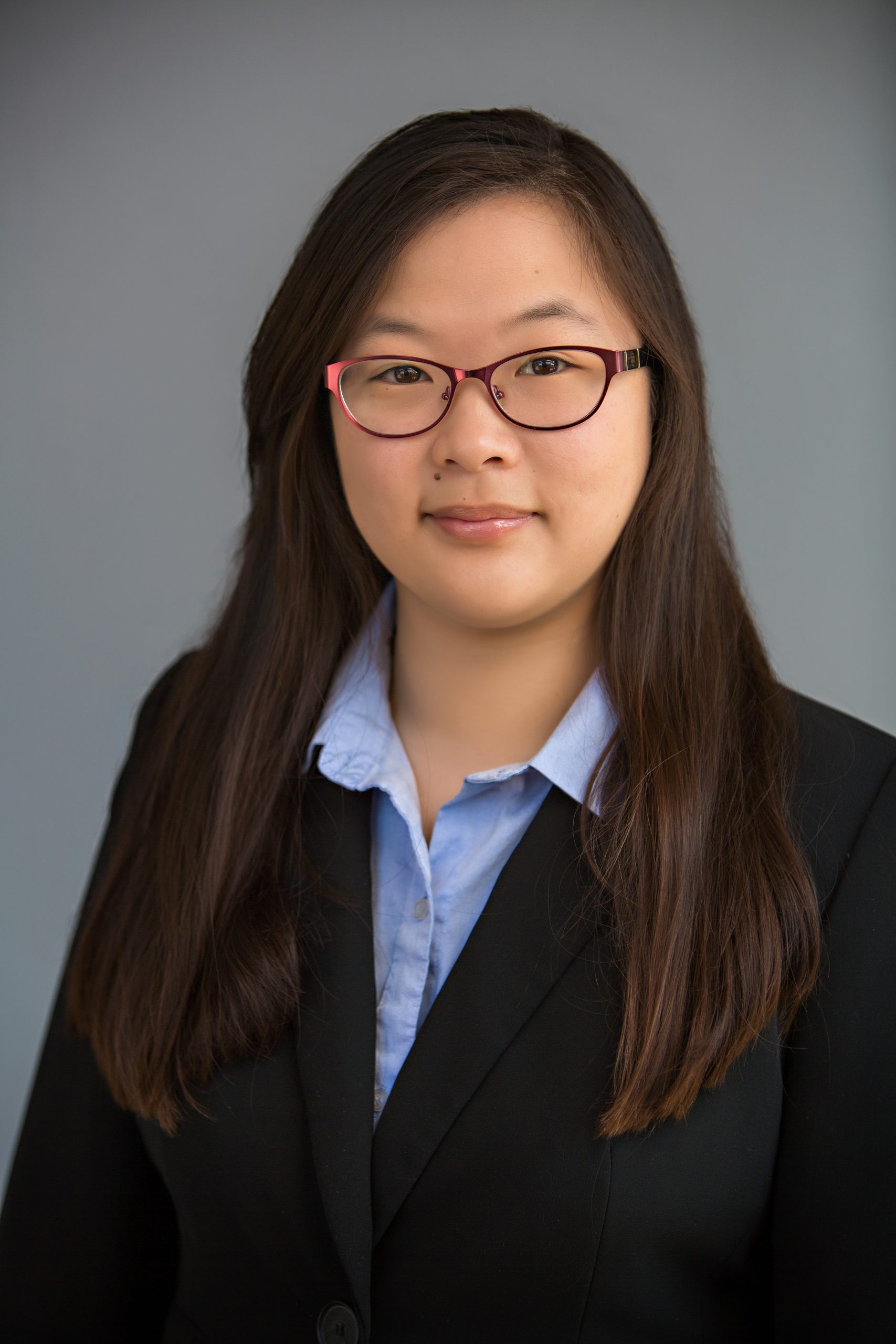 Stephanie was born and raised in Oklahoma City, OK where she almost became a Sooner for life until she decided to become a member of the Med-Peds family at Jackson/University of Miami Hospital! She received dual degrees, a Bachelor of Biochemistry and a Bachelor of Arts in Psychology with honors at the University of Oklahoma. During medical school she unexpectedly fell in love with the pediatrics specialty but couldn’t give up seeing her geriatric patients, so she made the only reasonable choice and became a Med-Peds resident! She is currently pursuing the brand new Transition Medicine track and the Pediatric Medical Education Track at UMH. One of the things she loves the most about Med-Peds is that we have infinite choices in creating our dream jobs, and she is excited to serve as Director of Professional Advancement this year to help NMPRA draw a road map to reaching every Med-Peds residents’ dream job. 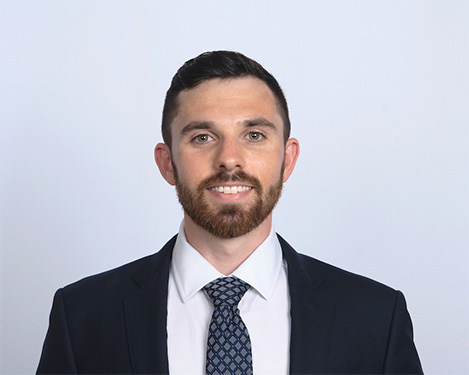 John was raised in Lombard, IL. He completed his undergraduate degree in Neuroscience at the University of Michigan. During his time in Michigan he worked as an EMT in the greater Detroit area and conducted research investigating gene therapy to tackle Alzheimer’s disease. After college John moved across the pond to Ireland where he completed his medical degree at the National University of Ireland, Galway. During this time he won the gold medal among all Irish students for his scores in biochemistry and ophthalmology and was also awarded the ERASMUS award to study abroad in Uppsala, Sweden. John returned stateside for residency and is currently a third year resident at Indiana University. During residency John has been heavily involved with recruitment and is a Morris Green research scholar. John is excited to serve as the NMPRA treasurer for the coming year. When not in the hospital John can be found hiking with his wife and puppy, running, and riding his bike. 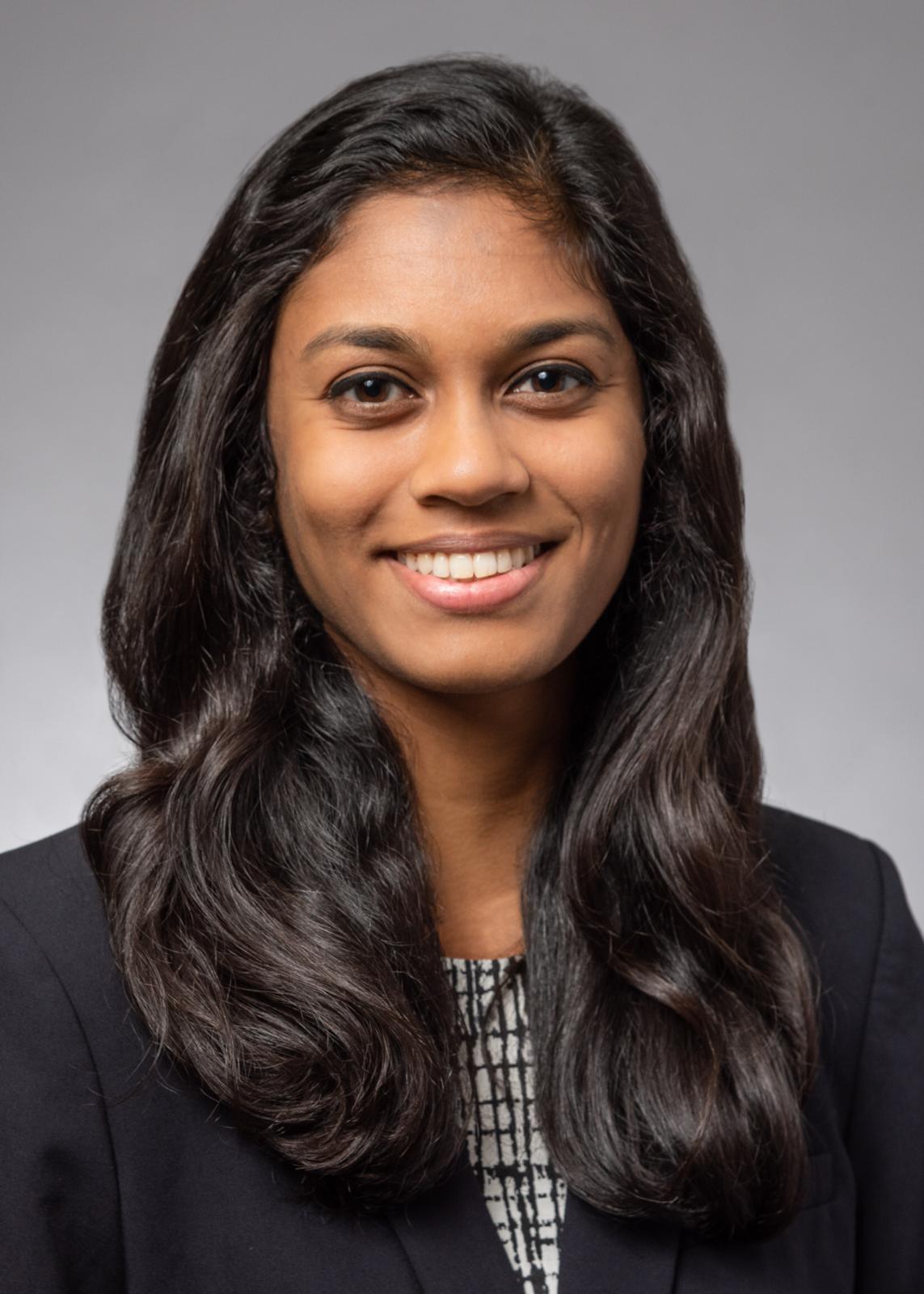 Meera is currently a third year resident at Indiana University. She grew up in Houston, Texas then moved to Dallas for undergrad and medical school. She found a passion for global health that led her to pursue several research experiences during medical school. Ultimately, in between her 3rd and 4th year of medical school, she took a year to complete a Fogarty fellowship in Lima, Peru, where she focused on diabetes research and learned Spanish.  Throughout her life, Meera has had an interest in journalism through which she loves gaining new and diverse perspectives. She is very excited about the opportunity to continue this interest through serving as NMPRAs public relation's secretary for the academic year! A lover of all things Tex-Mex, you can find her on the hunt for good tacos and queso. She can also be found exploring new hiking trails, playing tennis, cooking, or lounging with her two cats. 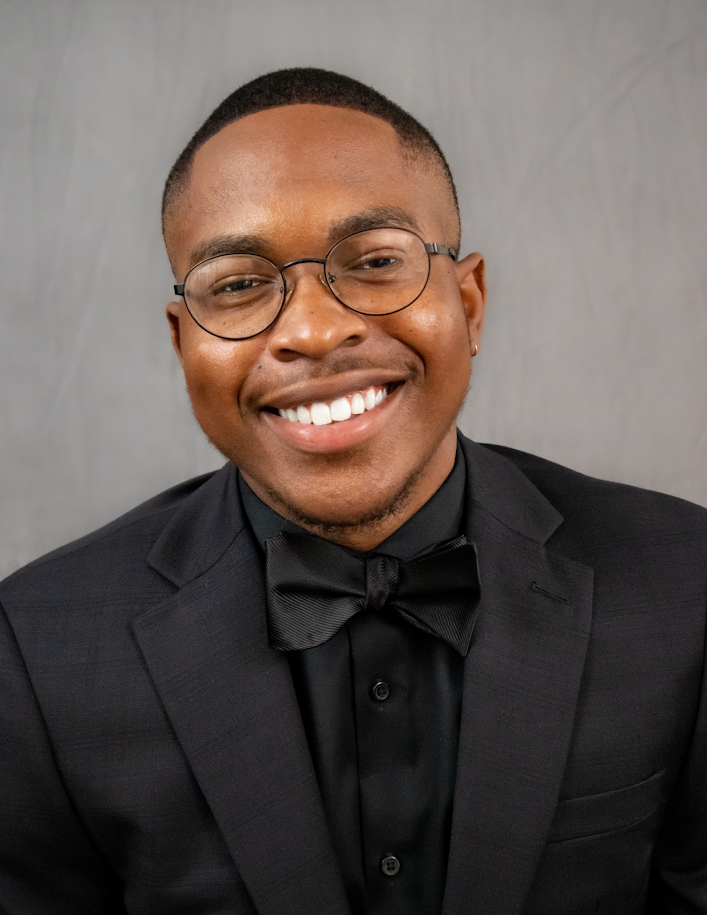 Lawrence grew up in Atlanta, GA and attended THE University of Miami with a major in Psychology. As a Pre-Med student he identified his passion as helping URM scholars get to medical school. From there he attended the Keck School of Medicine of USC as well as USC Marshall School of Business to attain his MD MBA degree. Several of the best attendings he worked with he later found out were Med-Peds physician, which only helped solidify his decision to join the most amazing field in the game. As an intern (soon to be PGY-2) back at THE University of Miami, he continues to inspire medical students to join our field and motivates Pre-Med students to enter the world of medicine. Lawrence defines himself as a motivational healer, whose talents lie in bringing out the best in those around him. One of his largest goals and dreams is to one day become the Dean of a medical school. Working with medical students continues to be a passion and his only concern about Med Peds is the dearth of spots in our nation. As the Director of Medical Students/Recruitment he is looking forward to help guide the next generation of leaders with the great community of NMPRA. #MP4L​ 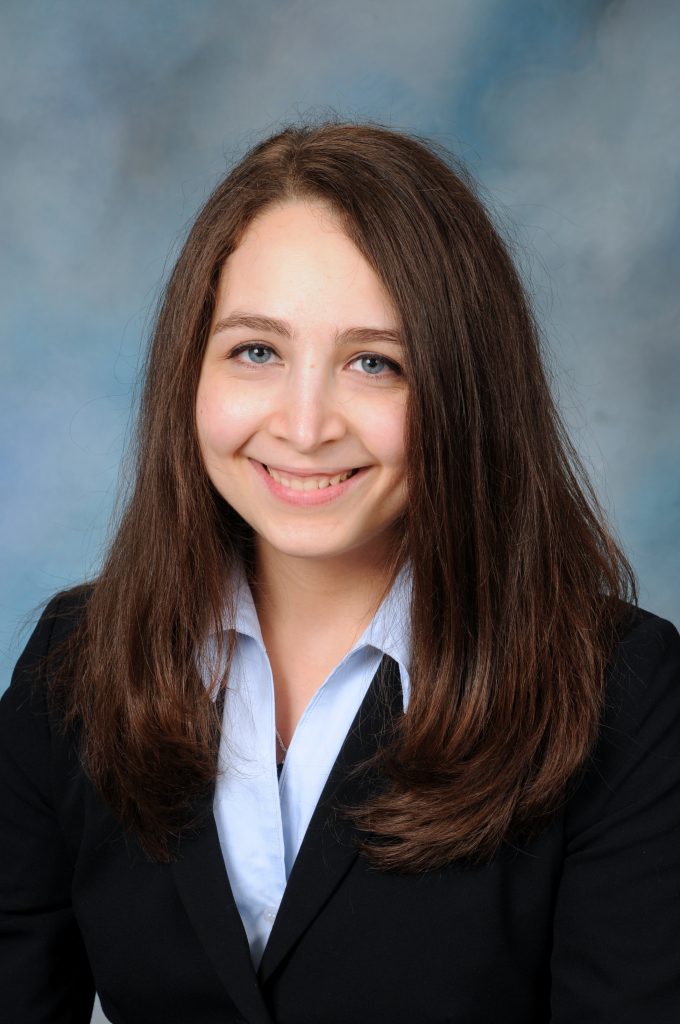 Alexis is a lifetime New Yorker. She grew up in Queens and Long Island, attended undergrad at Columbia, went to med school at Hofstra/Northwell and is now in her third year of residency at Mount Sinai. Her interest in medicine developed from her brother's experience in the healthcare system as a young adult with autism. She specifically became interested in the transition of care for young adults with developmental disabilities, which naturally led her to med-peds. Her favorite thing about NMPRA is the opportunity to work with diverse colleagues from across the country who are so incredibly driven and talented! As NMPRA webmaster, Alexis manages our website and provides a unifying place for Med-Peds physicians of all stages. She is currently working to increase medical student engagement through the website by implementing a forum that medical students can use to ask current med-peds residents questions about the field. In her spare time, Alexis enjoys playing golf, cooking and exploring different neighborhoods in NYC. 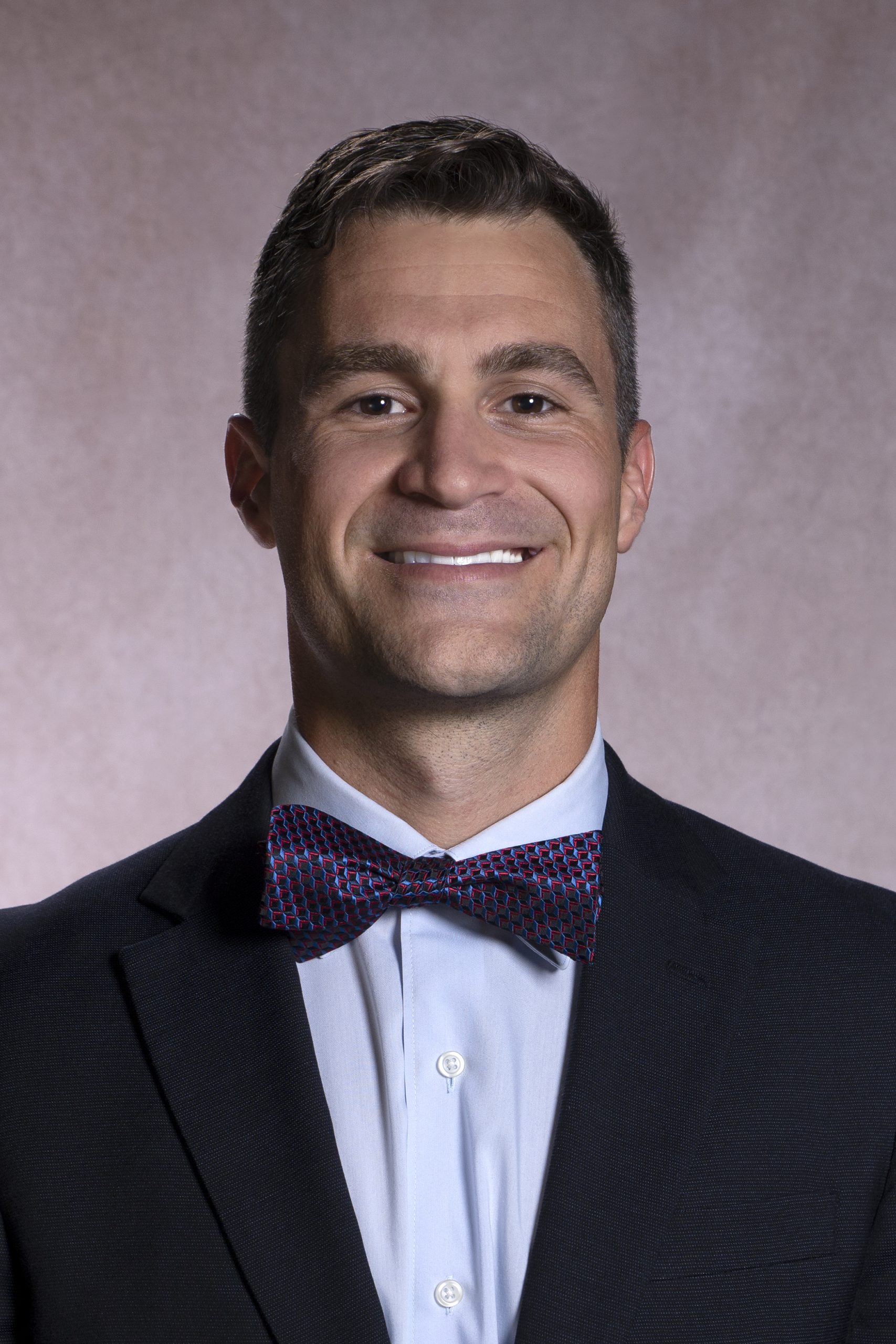 Nate was raised in a rural Midwest town called Allegan, Michigan. In an example of undoubtable Med-Peds foreshadowing, he spent his clinical years of medical school in the very hospital where he was born while at Western Michigan University Homer Stryker SOM. In between, he studied Spanish and biochem at the University of Michigan (Go Blue!) where he lived for several years after his undergraduate studies and conducted research on gene-based therapies for brain cancer. He taught university students in Rio de Janeiro on a Fulbright grant before returning home for medical school. He is currently a 3rd-year Med-Peds resident at UCLA in the Medical Education Pathway where he loves caring for the diverse patient population in Los Angeles, cheerleading medical students and residents, teaching clinical pearls, and helping trainees refine and pursue their professional aspirations. In his free time, he can be found hitting tennis balls with anyone who is willing to play, biking along the ocean path in search of tacos and açai bowls, and swimming in the ocean. 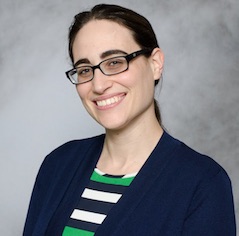 Nicole Damari is a third-year resident at University of Cincinnati / Cincinnati Children’s. She received her undergraduate degree in biology and anthropology from Brown University in 2012, and her MS in pathobiology in 2013. Prior to medical school, she held an AmeriCorps VISTA position at the Arizona Department of Health Services in the Refugee Health Program. She attended medical school at the University of North Carolina School of Medicine, where she was involved in advocacy and services initiatives aimed at eliminating health disparities for all marginalized and underserved communities. She is passionate about empowering healthcare professionals to use their platform to advocate for changes that support the wellbeing of their patients and profession, and is thrilled to be serving as NMPRA’s Director of Health Policy and Advocacy. 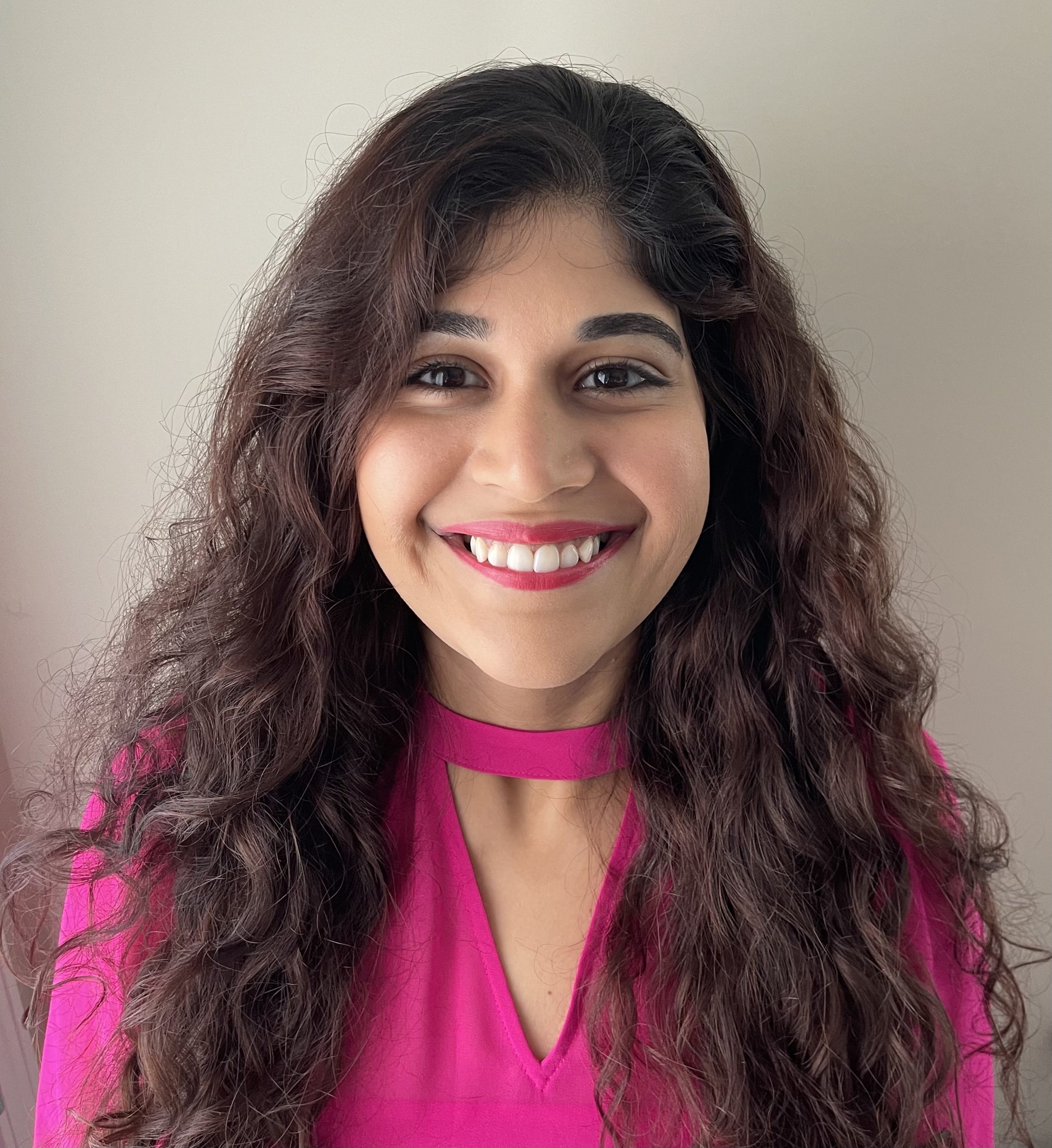 Juhi was born in Mumbai, India but spent most of her life in the beautiful sunny beaches of Virginia Beach, VA. She went to Old Dominion University for undergraduate and Eastern Virginia Medical School for postbac and medical training before coming to Indiana University for Med-Peds Residency. Through her immigrant experience and educational journey, she fostered a strong passion for global health and providing equitable care to all populations, and she continues to be involved in similar efforts as a resident in the Global Health track at Indiana University. Aside from this, she’s been involved in several research projects over the years and wants to make research a more fun and less daunting experience for everyone. This, in addition to wanting to foster interest in Med-Peds for future candidates and support current residents in their academic endeavors, were some of the reasons that led her to apply for the MPAC liaison position. Outside of medicine, you can catch her exploring nature, visiting new cities, trying new restaurants and cuisines, and spending time with her human and furry family. She’s super excited to be a part of NMPRA and is looking forward to all the fun things it holds!