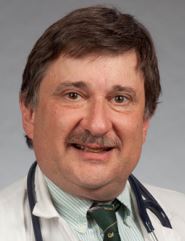 Named for Gary Onady, MD, PhD, this award honors his notable, extraordinary, and lasting impact on the Med-Peds specialty. It was created to recognize the significant contributions made by a Med-Peds resident physician to NMRPA and/or Med-Peds at the national or regional level.

Dr. Onady completed a Bachelor of Science in Chemistry from the University of Cincinnati and completed his PhD training in Chemistry at the City University of New York in Bioinorganic/Physical Chemistry in 1982. That same year, he began Pharmacology fellowship training in pharmacodynamics, cytochrome P450, and antimalarial drug design at Case Western Reserve University School of Medicine. Dr. Onady continued with his clinical training, receiving an MD in 1987 at Wright State University School of Medicine and residency training in Internal Medicine–Pediatrics at MetroHealth Medical Center/Case Western Reserve.

Dr. Onady assumed the role of Program Director for the Med-Peds Residency Program at Wright State University. During this time, Dr. Onady became active at the local and national levels as he worked toward advancing the appreciation of the Med-Peds specialist. He has published numerous articles and editorials on Med-Peds and has served as both President of the Med-Peds Program Directors Association (MPPDA) and as their representative on the Primary Care Organizations Consortium. He has also volunteered his time as a faculty advisor to NMPRA.

Additional areas of interest include secondary health care for adult cystic fibrosis patients, for which Dr. Onady serves as the Adult Director of the Dayton CF Program; he also conducts research on the medical complications of cystic fibrosis and has overseen many workshops and presentations. He is also published on integrating evidenced-based medicine with clinical decision-making, and he actively integrates these concepts into both undergraduate and graduate medical education at Wright State University School of Medicine.

The winner of the Gary Onady Award receives $500 to be used for educational purposes.

You may either nominate yourself or request that your nominee’s Program Director submit an application on his/her behalf.

The application can be submitted by filling out the Gary Onady Award online form.

Or you can email the required documents to [email protected] as a single PDF file and include all below: