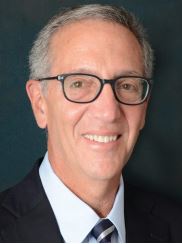 Named for Howard Schubiner, MD, this award honors his notable, extraordinary, and lasting impact on the Med-Peds specialty. It was created to recognize the significant contributions made by a Med-Peds resident physician to NMRPA and/or Med-Peds at the local or state level.

Dr. Schubiner has spent most of his career at Wayne State University. He developed a Med-Peds training program and was the Program Director at Wayne
State University from 1984-1998. He has published numerous articles on Med-Peds and received many grants, in addition to serving as President of the Med-Peds Program Directors Association (MPPDA); he also helped found the American Academy of Pediatrics Section on Med-Peds. His special areas of interest are ADHD and adolescent health, one field at the developmental interface between Pediatrics and Internal Medicine and one in which both children and adults are affected in similar ways.

The recipient of this award should be, in the words of Dr. Schubiner: “A resident who exemplifies the highest standards for excellence in Med-Peds, including exemplary clinical care of patients, compassion and humanism in relationships with patients and with colleagues in medicine and hospital co-workers, involvement in community activities, and contributions to the field of Med-Peds.”

The winner of the Howard Schubiner Award receives $500 to be used for educational purposes.

You may either nominate yourself or request that your nominee’s Program Director submit an application on his/her behalf. The application must be submitted as a single PDF file and include all below: